As EIR for Portugal’s largest incubator I help early-stage founders with customer development, product validation, nocode, demand generation, automation, CRM, analytics, sales systematization and lifecycle marketing. Join me on the journey to get an infrequent email digest of what works along with a copy of my Ebook, Nonreliant.

We will be in touch with you soon. 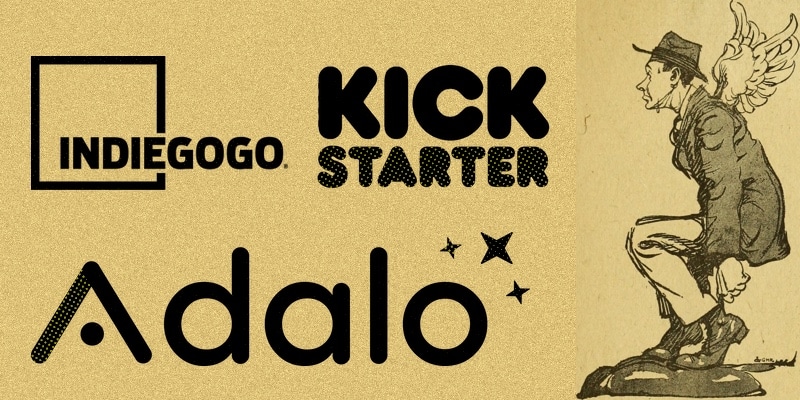 Crowdfunding platforms like Kickstarter and Indiegogo are amazing in how they enable makers to rally early support, de-risk product ideas and fund the development of products which otherwise might not have been possible. Crowdfunding forces you to nail your sales & marketing early and win early supporters thereby helping you avoid the all-too-common trap of building something nobody wants nor needs. My buddy Gabe is running an Indiegogo now which has already raised over $30k for his graphic novel project – Amazing!! For all their benefits though these platforms have some downsides, namely:

I explored building a Kickstarter or Indiegogo campaign as a way to de-risk and fund the development of the Charity Makeover v2 platform but couldn’t bring myself to pull the trigger for the above reasons. But after researching these platforms I had an epiphany: use nocode itself to build a personal Kickstarter I control and run my campaign via that.

One day later I had built this app.

Design-wise it’s not going to win any awards but it’s a fully-functional crowdfunding system complete with email capture, Stripe integration, progress meter, CRM, donor wall and viral social media share widget on the thank you page. With this app you pay only Stripe fees, get all the emails AND they feed directly into any CRM that has a Zapier integration so you have all the control of being able to kick off whatever drip emails you need to indoctrinate your backers.

Adalo just announced a “cloneable apps” feature which means I can now share this app with you. You can clone it to your own account here.

This gives you an option wherein you have the main benefits of those 3rd party crowdfunding platforms while keeping control of your own destiny and running it under your own Adalo and Stripe accounts. We’ve used it already to raise $1500 towards our $10k goal with this project for the new platform rewrite.

If you use this and derive benefit from it consider becoming one of the first 100 backers for the Charity Makeover launch sponsorship program at whatever level you believe represents the value you received.

Hi I'm Sean. As EIR for Portugal’s largest incubator I’m helping early-stage founders with customer development, product validation, nocode, demand generation, automation, CRM, analytics, sales systematization and lifecycle marketing. Join me on the journey and receive a free copy of my eBook, Nonreliant as well as an infrequent email digest of what works.

Great, you'll get my next update.